Over 60 people attended the first ever internet presentation of the Best Friends Award (BFA) on October 3rd 2020. It was the 29th year of the Award, which celebrates the many individuals who contribute substantial effort over many decades, to making Victoria’s special places even more so. Ninety five Best Friends Awards have been made since its founding. Awards are given to individuals nominated by their colleagues for making an outstanding contribution through exceptional dedication as a Friend. Janet Bolitho, Award Judging Panel Chair, noted in her introduction that:

“Nominees are so often the first to arrive, last to leave, have all round involvement in all aspect of their groups, were welcoming, energising, knowledgeable communicators and all improved the ecological health of the area in which they work.” 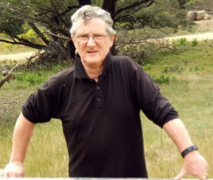 Rob Beardsley has been an active member of the Geelong Field Naturalists Club since 1988, and since 1990 has been the Team Leader of Boneseed Control at the You Yangs Regional Park. The work takes place on the rocky areas of the You Yangs, including weed removal by hand on steep terrain.Over 30 years Rob has demonstrated outstanding leadership in co-ordinating this program including Parks Victoria liaison, site assessment, safety requirements, equipment monitoring, volunteering recruitment, publicity/promotion and reporting. Rob’s role has led to an increase in knowledge of the ecological environment and of the local flora, with some sites now free of boneseed.

Linda Roberts has been an active member of the Friends of Kororoit Creek since 2009, including as President from 2009-2015, and Treasurer in 2019. She has also been involved in group sponsorship, and maintaining local and regional connections in the Brimbank Council area and with other Kororoit Creek stakeholders.  Linda’s focus has been on the Kororoit Creek Strategy and networking with community, corporate, and region wide groups. Her special role is logistics for group activities. Linda is ‘always there for us and the creek’ say her colleagues, reflecting her commitment to the Friends of Kororoit Creek and the creek as ‘her happy place’.

Margaret became an active member of the Friends of Grampians/Gariweld in 1984 and has been an executive/president and committee member for over 30 years. She produces the current quarterly newsletter and became a Life Member of the Group in 2013.

Since 2001, Margaret has been a member of the Parks Victoria Advisory Group for the Grampians National Park, and Chair from 2002-2018.  She is a prolific writer on the group’s history. 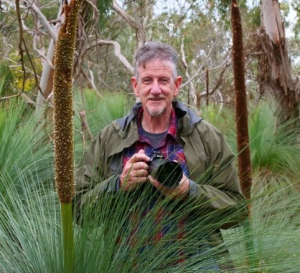 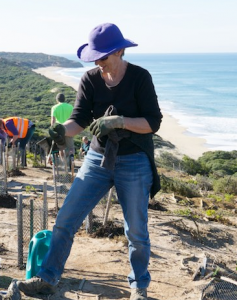 Janet has been an active member of ANGAIR for at least 21 years and a long term committee member. She has been involved in the annual Wildflower and Art Show, camping trips to other environmental sites including aboriginal heritage sites, strategy for group advancement, and education tours and walks.  Janet is the current newsletter editor to a membership circulation of 600 members, not an easy role.  Her further roles include propagation, seed collection and nursery involvement. Since 2013, Janet has been the Bushcare Team Leader for Angair, a weekly activity. 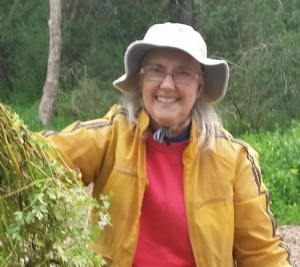 Sally and Tony Walker joined the Friends of Scotchmans Creek and Valley Reserve in 2004 and have been active committee members in a number of roles since 2005. They have complemented each other in these President, Secretary and Treasurer. This reflects their “passion for Melbourne’s flora” and the preservation of the Scotchmans Creek Valley and Reserve. 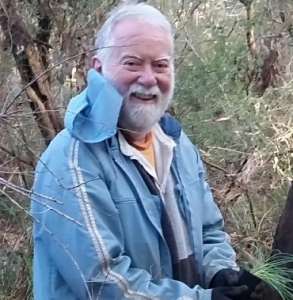 Sally and Tony’s involvement includes planning submissions and addressing threats to the reserve, with the reserve formally declared as a Conservation area by Monash Council in 2020. Other activities include Melbourne Water Liaison and grant writing, Waterwatch activities, event planning and organisation, group promotion, community and regional links, and education programs. Their interest and promotion of school programs and tertiary support programs for students of conservation and land management reflects their ongoing passion for environmental activities and sharing that passion with younger generations.

When walking from her home to her school in Pomonal, Matilda started to notice the native orchids that bloomed in the area and became really interested in finding out more about them.  She discovered that there were about 12 varieties of orchids that came out each year in her immediate area. Matilda started taking her peers on orchid walks and telling them about her discoveries. By the time Matilda was 12, she started to take larger groups of people on tours to see the orchids as part of the Pomonal Native Flower Show. 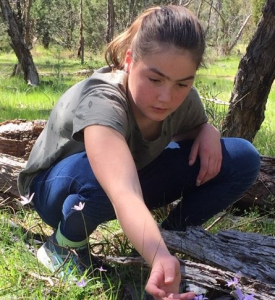 Matilda’s mother Barb said “Matilda has just always said yes, and put her hand up for things, then all of a sudden there is a group of 20 flower-lovers in a hall waiting for her to take them on a walk.”

Earlier this month, Matilda spoke to crowds on a virtual platform as part of the 23rd annual Wimmera Biodiversity Seminar, supported by Andrea Mitchell from Project Platypus. This was very well received by the people who saw her presentation. “I definitely like sharing my love of plants and orchids” says Matilda.

Stawell had a ‘Biggest Science Experiment’ program under the banner of the Wildlife Arts Museum of Australia earlier this year and Matilda took part, creating a survey to collect information about native orchid species, including numbers and locations that could be used to identify the impacts of a changing climate on the plants. Matilda and her father Matt developed an app on her phone to support the information she collected.  “I wanted to see if the number of species all together would go up or down each year and see how the climate was affecting them” said Matilda. This was featured in the Experiment.

“We are all so proud of Matilda in this community. She contributes so much, which is a joy to watch in such a young person” says Gilda McKechnie who nominated Matilda for this award.

Maelor Himbury, a Council Member of the VNPA and a former VEFN committee member presented the inaugural Lifetime Achievement Award to Geoffrey Durham. 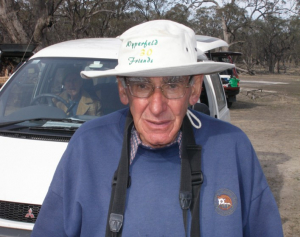 Geoff Durham has a lifetime connection with the Wanderslore Sanctuary and worked over many years with artist Constance Coleman (1903-1990) to save the area of land at Launching Place for future generations – initially saving it from expansion of the Warburton Highway by the Country Roads Board in 1973. It was gifted to the Trust for Nature and today is the home of an active group, Friends of Wanderslore. Geoff was a foundation member of the group in1993, Convenor from 2007-2012 and on the Committee of Management of the Sanctuary area until retirement in 2019. He remains an active member of the Friends group and is a valued and esteemed mentor to the group.

Geoff has been a member of the Victorian National Parks Association (VNPA) since 1959 and remains active despite having retired from conducting Walk, Talk and Gawk in 2019. Maelor quoted from the VNPA history by Don Garden:

“Geoff Durham, a solicitor, brought legal skills and an immense commitment to the VNPA over many years in such areas as bushwalking, Friends Groups, and the administration of national parks. He was President of the VNPA in the difficult years of 1978-81.”

Geoff has been a member of many groups including the Friends of Wyperfield to which he has belonged for over 40 years and for which, in 2001, he authored a publication, Wyperfield Australia’s First Mallee National Park.

Geoff was involved in the earliest days of the Friends movement, promoting the idea, organising conferences, and in due course writing the first VEFN constitution.

As Maelor Himbury said in his introduction: “And so it goes. Geoff continued for many years on the Friends Network Committee, many of those as editor of FriendsNET which had his many acolytes hanging out to discover who or what would be featured in the Groups Grapevine…And here I’ll terminate this historical badinage with the vision of Geoff at a Friends Conference handing round a bag of licorice allsorts because it takes all sorts to make a Friends Group to which we all say, “Fair enough”.